Michael Ribowsky will fight your case until you retain every last penny you deserve. We have the experience neccessary and persistance required to get you the payout and victory you require. Our fee structure is always contingency based so that you do not have to pay anything unless you win. Residents of the western part of Queens can enjoy Michael Ribowsky’s highly rated injury law service by making a quick phone call and setting up a free consultation. We service the 11101, 11102, 11103, 11105 & 11106 zip codes of Astoria. 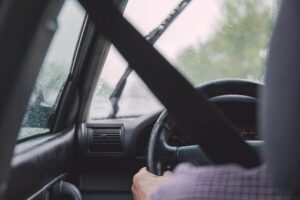 There are also three states that give drivers a choice between no-fault and fault (known as tort states) Kentucky, New Jersey and Pennsylvania. Under the no fault law should you be involved in a car accident even if the other driver is at fault you must collect for your medical bills and loss of wages from your own insurance company.

This would leave one to believe, if you live in a no fault state you cannot sued for a car accident even if you were at fault for the accident. However, this is not necessarily true. Even in no-fault states you can still be sued for a car accident under certain criteria. This criteria differs from state to state but is usually based on the injured party either meeting what is known as monetary or verbal descriptive threshold for their injury.

Some states verbal descriptive threshold is expressed in the length of time you are disabled, such as 180 days.

To complicate matters even more, some no-fault states also have comparative negligence laws, which means that the injured party may be found to be partially to blame for their injuries. In such cases the finder of fact (jury or judge) assigns a percentage of fault to each party. If an injured person is found to have any fault in the accident and the percentage assigned is 30% then their monetary judgement is reduced by 30%. If they are found to be 50% or more at fault for their injuries they collect nothing.

While living in a no-fault state may limited your risk of being sued if you are involved in a car accident it does not do away with the risk all together. The only sure way of avoiding being sued is to stay alert when driving, stay off those cell phones, and obey all traffic laws. While may not prevent an accident from occurring, it will keep you from being found at fault in the case of a lawsuit.